Turn back the pages of time in this earliest chapter of the KINGDOM HEARTS saga that explores the origins of the series. Showcasing all-new characters and brand new but instantly recognisable Disney environments from the worlds of Snow White, Cinderella and Sleeping Beauty, the game boasts exceptional graphics making it one of the most beautiful titles ever to be released for the PSP. In addition to new characters and environments, KINGDOM HEARTS Birth by Sleep features three new battle systems and four different multiplayer modes.

Long before Sora was chosen by his Keyblade, the worlds' safety lay in the hands of others known as the Keyblade Masters. It is under one of these, Master Eraqus, that three young people have been training long and hard to prove that they, too, exhibit the Mark of Mastery: Terra, Ventus, and Aqua. The three of them will soon find themselves in the middle of a crisis affecting worlds far beyond their own-just as another Keyblade Master, Xehanort, goes mysteriously missing. Three friends, three purposes; one horrible fate toward which they must unknowingly march…

* Discover unknown origins to the storyline of the KINGDOM HEARTS series. Immerse yourself in the epic story, and discover all-new mysteries and secrets in a compelling new adventure from Disney and SQUARE ENIX!

* Play as any of the three heroes – Terra, Ventus or Aqua – as you embark on a unique journey for each of them, exploring amazing new worlds and unleashing their incredible new abilities. Complete all three adventures to learn the whole story!

* Awe-inspiring graphics make this one of the most dazzling games ever made for the PlayStation Portable.

* The attacks and magic familiar from the KINGDOM HEARTS series have been enhanced with some spectacular new abilities. Organise your attacks with Deck Commands, master the art of Shotlocks to unleash devastating attacks on multiple enemies, and become a force to be reckoned with as your character’s unique Command Styles evolve to take on ever more powerful fighting forms!

* As you continue your quest, you’ll unlock the Command Board to earn valuable bonuses. The Command Board is a dice-rolling strategy game for up to three players. Use your Commands on the Command Board and make them power up for the main adventure! * Use the all-new Dimension Link to call on characters that you meet from different worlds, and borrow their amazing and varied unique abilities to help on your adventure!

* Connect wirelessly with up to six players in Mirage Arena, the exhilarating new multiplayer mode! Suit up in unique armour to win medals and extra bonuses for the single-player adventure.

o Versus Mode – battle against others where it’s every player for themselves.

o Rumble Racing – transform your Keyblade and ride it in thrilling hover races.

o Roll the dice with your friends on the Command Board, a game of strategy where up to three players compete by rolling dice for an even more exciting experience! 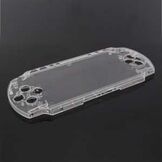 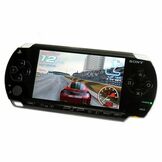 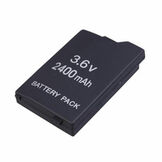