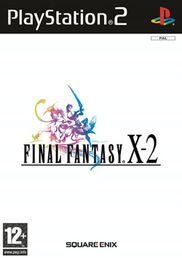 For RPG fans that have been around since the beginning of Final Fantasy, it’s not uncommon for them to wish for follow-ups to their favorite installments. Whether they wanted to know what became of the Kingdom of Baron in Final Fantasy IV or were curious about the future of Midgar in Final Fantasy VII, there’s always somebody somewhere wishing that they could experience just a little bit more. Always hoping that they could go back to the world they spent so many hundreds of hours exploring to find out what happened next.

Up until now, however, it’s always been a wish that’s never been fulfilled. Despite the begging, pleading, and letter-writing campaigns that has seen fans clamor for future episodes of their favorite stories, Square Enix has never humored any of them. Choosing instead to push forward with new characters and new worlds while allowing its previous productions to fade off into history as a collection of pleasant memories.

But we suppose that things can change. Because for the first time in history Square Enix has decided to go back and revisit one of its most popular and critically-favored universes. Fresh off a platinum selling run and considered to be one of the best episodes in the franchise, Final Fantasy X has been given the honor of receiving the series' first official follow-up. Already released in Japan with incredibly positive results, Final Fantasy X-2 is now storming into the American market as well; and though it has come under fire by a predominately male audience as nothing more than a “girly” approach to the series, it doesn’t change the fact that X-2 is still among the best RPGs on the PlayStation 2. In fact, it’s one of the best overall games for the system, period.