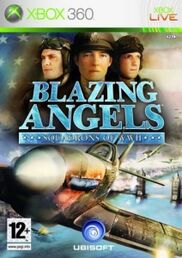 
Experience the most gripping and famous battles of WWII through the eyes of a squadron commander and ace fighter pilot. From the battle for England, the attack on Pearl Harbor, to the bombing of Berlin, your pilot skills will create WWII history. Conquer the skies of Western Europe, North Africa, and the Pacific and bring your squadron back alive.