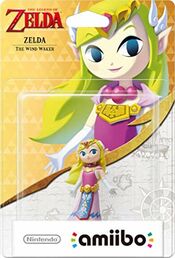 The Legend of Zelda: Breath of the Wild
Tap the Wolf Link amiibo (sold separately) to make Wolf Link appear in the game. Wolf Link will attack enemies on his own and help you find items you’re searching for.

Use any other compatible amiibo accessory to get random in-game items, like plants, fish and meat.

Tap the Shadow Mewtwo amiibo card to the Wii U GamePad controller to unlock Shadow Mewtwo to be played right away.
Compatible with all amiibo accessories unlocking in-game items.

Scan your amiibo™ figure and a word puzzle is generated based on the owner’s Mii name and the nickname of the amiibo.

Each figure unlocks a special dungeon where players can battle bosses and collect items.
Players can save the current strength of Alm or Celica to the corresponding amiibo figure.
During combat, players can sacrifice a portion of Alm or Celica’s health in order to summon a computer-controlled illusory hero which will act as a temporary ally for a single turn.
Fire Emblem amiibo characters from the Super Smash Bros. series can be used to summon an illusory hero of that character during battle.

And other compatible amiibo can be used to summon an additional monster ally to fight alongside you for one turn.

Use compatible amiibo figures to get additional Illustration Pieces and helpful in-game items.

Tap in a compatible amiibo for in-game items and costumes.

Customize your amiibo™ figure as the ultimate sidekick, and level it up to CRUSH your opponents.
Train your amiibo* to supercharge its stats and expand its abilities.
Customize your amiibo by adjusting its attack, defense and speed stats.
Fight your amiibo against a friend’s to make them tougher and see who the best trainer is.
Team up with your amiibo, or battle against friends in multiplayer amiibo action.

Your amiibo becomes a game piece in the all-new amiibo Party Mode! At least one read/write compatible amiibo is required in order to access this mode.
In amiibo Party Mode, you and up to three other players can tap compatible amiibo figures to the Wii U GamePad controller* to play with and customize your amiibo. You can also customize a portion of the game board to match your character.
Use any of the following compatible amiibo figures: Mario™, Luigi™, Peach™, Toad™, Yoshi™, Bowser™, Rosalina, Donkey Kong™, and Wario™ in amiibo Party Mode.
Save items to your amiibo, then strategically choose one item to bring along each game. It might just be the key to victory.
Tap any other amiibo figure to the Wii U GamePad controller to play Scratch Bonus and win Mario Party Points, letting you unlock in-game bonus content. 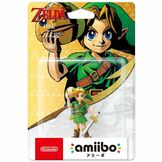 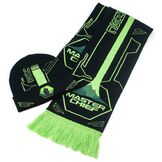