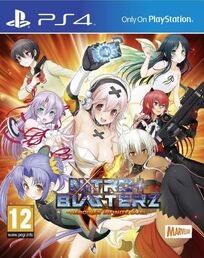 Released exclusively for the Japanese arcade scene, Examu’s latest mash-up speaks to both fans of fighting games and visual novels, and is now primed for the PlayStation family of consoles with a special bonus!

By combining an all star roster consisting of the most popular visual novel characters from Japanese publisher Nitroplus, Examu brings their expertise to the genre with previous similar works like AquaPazza: AquaPlus Dream Match and the Arcana Heart series; chances are if you enjoyed those, this one is a sure bet.

With 14 playable characters and 18 support characters for 32 in total, Nitroplus Blasterz Heroines Infinite Duel features a five button system (light, medium, heavy attacks + heavy and escape action) that focuses on interrupts via an “infinite blast” move. This combined with 2 support characters, an extremely fast pace, as well as individual fighting styles per main makes for some exciting anime action, all in the “animation-to-life” presentation that Examu is known for.

Amongst the roster, there are characters like Saber (Fate/stay Night), Homura (Senran Kagura), Aino Heart (Arcana Heart) and a wealth of others, but specifically for the PS3 and PS4 version, Super Sonico is an actual playable main, where as she was only a support character in the arcade version. 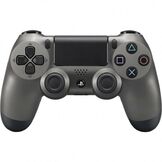