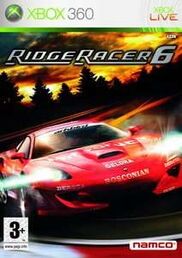 Ridge Racer gamers were screeching across the asphalt long before drift racing became a phenomenon. Now, the game that revolutionised arcade racing blazes a trail to Xbox 360, featuring hi-definition graphics, powerful sound and improved nitrous system combined with an unparalleled sense of speed.

Ridge Racer 6 on Xbox 360 comes packed with more than 130 cars and 30 circuits, the most courses in any of the series so far! For the first time ever, it will also feature online compatibility with Xbox Live® offering endless hours of drifting excitement.