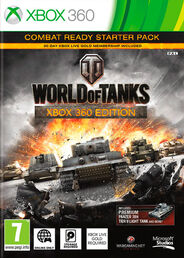 Join millions in the global online gaming phenomenon, custom built for Xbox 360. Take command of the most powerful World War II-era tanks and engage in epic 15 vs. 15 battles with players from around the world in the fight for global online supremacy.