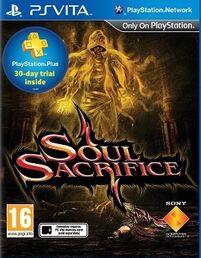 Prepare yourself for a brutal combat experience where every decision made will have consequential results. Take on the role of a slave who stumbles upon a forbidden book that allows its readers to relive epic battles between sorcerers and monsters of the past. In order to use the magic during fierce battles, the player must be willing to make a sacrifice in exchange – ranging from personal belongings, a limb, or even a life.

* All-Star Development Team – The legendary Keiji Inafune of Comcept is leading Soul Sacrifice alongside Marvelous AQL, with Yasunori Mitsuda and Wataru Hokoyama working on the music soundtrack
* Fantasy blended with Reality – Learn the true meaning of cruelty and cost as Soul Sacrifice will introduce a fantasy experience blended with reality where the player will be making unimaginable sacrifices in pursuit of great power
* Freeform Character Customization – Choose and equip your offerings wisely as each spell has a dark, violent cost in exchange for its power. Players must also carefully choose between “Sacrificing” or “Saving” a monster’s soul, as your character’s abilities and visual form will change based on your decision
* The first co-op action RPG experience on PS Vita – Become fully immersed within an integrated world of dark fantasy made possible by the power of PS Vita 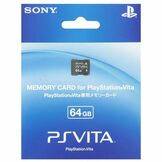 Tears to Tiara II: Heir of the Overlord PS3