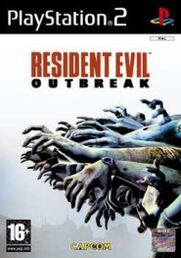 An outbreak of a secret biological weapon has infected Raccoon City causing its inhabitants to turn into flesh-eating zombies. Yet in the shadow of this nightmare a few survivors remain. Together they must find a way out before the government resorts to the only option left: firing a missile into the city to destroy all traces of the virus. Play as one of the eight survivors, each character having different strengths, speed and unique abilities dependant on their profession. Master the cooperative gameplay and combine efforts with other characters to succeed against overwhelming odds. Five different chapters, each huge in size, violently different from the other and filled with a new breed of murderous zombie. Huge, detailed 3D environments and a new control method allow for more freedom within the game.