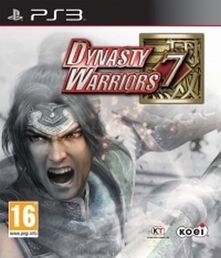 One of the key changes in the game is a new focus on creating a seamless transition between gameplay and cutscenes, providing the player with the experience of playing within a cinematic masterpiece.

Players will have access to more playable forces than before thanks to the inclusion of Wei, Wu, Shu and Jin factions. Players will also become masters of weaponry with a new dual-weapon combat system that allows for Switch Attacks – powerful attacks that will create different effects based on what weapons are paired together.

The game will also feature online co-op, so friends can pair up and take on enemy forces together. Co-op battles will offer higher degrees of challenge, but will also yield bigger spoils from victory.

After 10 years, Dynasty Warriors is still going strong. Now is the perfect time to jump into the battlefield and show what you’re made of!

FEATURES
Cinematic Gameplay: With a seamless transition between in-game action and gorgeous cutscenes, players will lose themselves in an enthralling experience that feels like playing through an epic film that is also compatible with full stereoscopic 3D!

Wei, Wu, Shu and Who?: Players can control key warriors from the Wei, Wu, Shu and Jin factions, giving them access to more characters and a larger story than ever before.

Master of Weaponry: Engage foes in an all-new dual weapon battle system in which players can combine any two weapons for battle at once. Experience powerful Switch Attacks that change based on your current weapon setup. Switch weapons in mid-combo, counterattack while guarding, or finish up a string of strikes with a deadly Switch Attack.

Conquer the Nation: In the new Conquest Mode, players can take one officer into battle and begin clearing occupied cities. After specific battles, the cities are cleared and the player can walk freely within creating weapons, trading with merchants and requesting assistance from warriors for future battles. Depending on who you ally yourself with, the Conquest Mode story will spin off in various directions!

Local and Online Co-Op: Players can now charge onto the battlefield with a friend either online or together on the same console. With the power of two warriors, the battles will get harder but the rewards will become greater.

Legendary Characters: Play as characters familiar to the Dynasty Warriors series, as well as new warriors for each dynasty. Players will also experience many new warriors from the Jin Dynasty state that rose to power after the Three Kingdoms period. 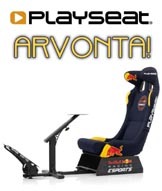